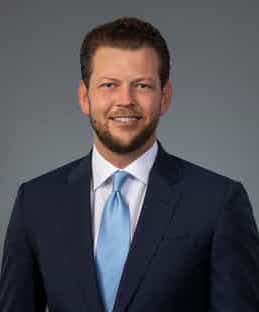 John “Jack”Holcomb is an Of Counsel attorney of the Obagi Law Group, P.C.

Jack is a litigation attorney with trial and appellate experience. He specializes in employment, personal injury, and consumer advocacy. He is licensed and handles lawsuits in both California and Florida.

Jack began his legal career working for a highly regarded defense firm in Los Angeles, representing corporations and insurance companies. There, he was involved in all stages of litigation, from case evaluation through trial and appeal. While doing defense work was rewarding and provided learning opportunities, Jack soon realized that he wanted to help people, not corporations. In 2012, Jack became a founding partner of a plaintiff’s firm in Los Angeles, where he worked until joining Obagi Law Group, P.C., as of counsel in 2020.

Jack focuses on representing employees harmed in the workplace. This includes single plaintiff claims for discrimination, harassment, wrongful misclassification as an independent contractor, retaliation, and wrongful termination. Jack also handles wage and hour claims for unpaid wages, failure to provide meal and rest breaks, and failure to properly itemize wage statements. He also represents plaintiffs who have been injured and prosecutes consumer cases. He is passionate about standing up for the rights of consumers.

Jack also has a passion for giving back to the community. He is the immediate past vice president of the Exceptional Children’s Foundation, a nonprofit helping children and adults with special needs throughout Los Angeles County. Jack is also on the advisory board for the United Way in Germany, and is a Young Leader of the Atlantik-Brucke, an international nonprofit. He is also the immediate past co-chair of the Los Angeles Chapter of the American Council on Germany.