With more than a decade of experience as a licensed attorney serving Californians, Zein E. Obagi, Jr. carries a reputation as a game-changing fierce advocate for employees who have fallen victim to hostile employers and for individuals who have lost assets to dishonest business partners. With his combination of experience, passion and willingness to bring the full power of the law to bear for his clients, Zein has built a firm that delivers on its credo to each of its clients:

After working for a variety of firms in Los Angeles, including one of the largest and most prestigious in the city, Zein founded what is now Obagi Law Group, P.C. in 2012.

In the years since, Zein has built a team of diverse, energetic and highly skilled attorneys who specialize in righting the wrongs of discrimination, unlawful retaliation, wrongful termination and other abuses in the workplace, as well as protecting clients’ interests in the cutthroat world of business in California.

With Zein leading the way, the attorneys at Obagi Law Group treat each client as if they were the firm’s only client, delivering time and again and attaining awards at times in the millions of dollars.

Among some of Obagi Law Group’s most recent successes:

Compassion beyond the courtroom

While Zein makes social justice and fighting for the little guy hallmarks of his practice, he also lives by the same values he has woven into the fabric of Obagi Law Group.

For instance, being raised with six sisters and married to a successful physician, Zein understands that men and women are equal in every way. He continues to advance this belief not only in his practice, but through his work with the Los Angeles County Bar Association (LACBA) — which in July 2020 appointed Zein to the President’s Advisory Committee on Women in the Legal Profession.

Among Zein’s other public-service endeavors are a trio of trips to the Katrina-ravaged Gulf Region to supply critical pro bono legal aid as part of the inaugural and two subsequent Legal Aid Alternative Breaks Projects; volunteer work with the Los Angeles 5 (LA5) Chapter of Rotary Club International, and two runs as a candidate for U.S. Congress in California’s 33rd District.

And in March 2021, Zein was elected to the Redondo Beach City Council, representing the city’s Fourth District.

A graduate of UC Berkeley (BA, political science) and the University of Southern California, Gould School of Law (JD), Zein enjoys admission to practice law throughout the State of California; the U.S. District Court for the Central, Southern, Eastern and Northern Districts of California; the Ninth Circuit Courts of Appeals; and the Supreme Court of the United States.

Zein also serves as Co-Chair of Programs with the LACBA Small Firm Section, and in 2020 was appointed to a pair of LACBA committees — the President’s Advisory Committee on Women in the Legal Profession and the Judicial Appointments Committee, which responds to requests by the Governor to evaluate individuals under consideration for appointment to the Superior Court of California bench. 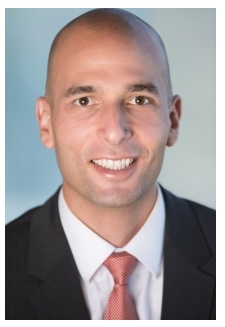