Can I Sue My Employer For Verbal Abuse At Work? 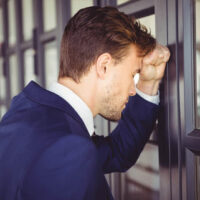 Many employees subjected to verbal abuse in the workplace wonder, “Can I sue my employer for this verbal abuse?” Before filing a lawsuit, it is essential for a worker to understand exactly what constitutes verbal abuse and then whether their employer can be held accountable for the abuse.

What is Verbal Abuse in the Workplace?

Among the ways an employee becomes a victim of verbal abuse at work is when they are:

Verbal abuse means directing negative statements toward someone in an attempt to cause emotional harm or decrease their self-confidence. When verbal abuse occurs at work, it can take a toll on the abused employee.

But can an abused worker sue their employer for verbal abuser — or for failing to take reasonable steps to stop verbal abuse in the workplace?

Examples of Verbal Abuse at Work

We covered the impact created by verbal abuse, but exactly how can verbal abuse take place at work? While there are many different forms of verbal abuse in the workplace, some of the most common include:

Can You Sue Your Employer for Verbal Abuse in the Workplace?

Neither federal and nor California laws explicitly prohibit verbal abuse in the workplace — unless the abuse constitutes a form of discrimination or harassment.

For instance, California law makes it illegal to discriminate against an employee based on a protected characteristic, including:

If your attorney can prove that the verbal abuse at work is a form of discrimination or harassment, you may be able to hold your employer accountable and recover damages.

What Do You Do if You Are Verbally Abused at Work?

If you are a victim of verbal abuse in the workplace, you need to take the following steps:

Keep a journal to document every time you were verbally abused. Include the times and dates, the names of the persons who abused you, witnesses, the negative statements that were made about you, and other relevant details.

In addition, keep records of any treatments, medications (e.g., antidepressants), and other losses incurred as a result of being verbally abused.

If you have been verbally abused multiple times, consider complaining to your company’s human resources (HR) department. If your employer cares about its company’s reputation, it will take measures to stop the abuse.

If the verbal abuse or harassment persists, even after complaining to the HR department, contact a lawyer immediately. You may have grounds to sue your employer for failure to take reasonable measures to stop the abuse in the workplace.

Speak with our Los Angeles discrimination & harassment lawyers at Obagi Law Group P.C., to discuss your particular case and determine if you can sue your employer for verbal abuse at work. Our employment lawyers are dedicated to helping you protect your rights, put an end to the abuse, and hold your employer accountable. Call 424-284-2401 to schedule a case review.

By Obagi Law Group, P.C. | Posted on May 7, 2021
« Can My Employer Ask for Proof of Disability?
Can My Boss Read My Private Slack Messages? »