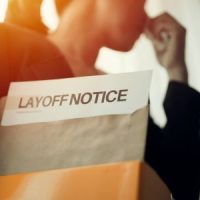 When you read the depressing news about tough economic conditions and mass layoffs, it is easy to worry that your job will be next on the chopping block.  When a lot of people get fired in the course of your employer’s efforts to reduce its cost, you can at least commiserate and strategize about the future with the coworkers that lost their jobs along with you.  When you are the only one to lose your job in a corporate restructuring, however, it is only natural to wonder why your employer singled you out to lose your job.  Is it because you spoke up about misconduct by high-ranking people in your organization?  Is it because of a protected characteristic, like your race, gender, or marital status?  If your employer’s reason for terminating your employment or declining to renew your contract seems vague or flimsy, it could be a case of wrongful termination of employment.  If you lost your job after you complained to your work supervisors or other improper practices at your workplace, contact a Los Angeles retaliation lawyer.

Before being hired as executive director of the newly established San Diego Regional Policy and Innovation Center in 2021, Shalini Vajjhala had built up an impressive resume of employment on the East Coast.  She had worked for the Obama administration and taught at Johns Hopkins University and Carnegie Mellon University.  The Center was established through the cooperation of the San Diego Foundation and the Brookings Institution think tank.

Almost as soon as she started working there, Vajjhala noticed conflicts of interest that raised red flags.  Many of these involved a lack of separation between the funds of the Center and the San Diego Foundation.  For example, funds allocated for the Center were used to host a banquet for people who had donated money to the Foundation.  Perhaps the most concerning thing was that Susan Guinn served both as vice president of the Foundation and chief executive officer of the Center.  Nonprofit executives do not typically work for more than one organization at the same time because of conflicts of interest.

After Vajhalla voiced her concerns, the Center placed her on administrative leave in June 2022.  It eventually terminated her employment, saying that her position was redundant because her duties largely overlapped with Guinn’s.  Vajhalla later sued the Center for wrongful termination of employment and employer retaliation.  The parties settled out of court, and the details of the settlement have not been made public.

Whether you work in the corporate world, in the nonprofit sector, or for a government agency, it is against the law for your employer to fire you in retaliation for complaining about misconduct or conflicts of interest.

A Los Angeles employer retaliation lawyer can help you if your employer fired you after you spoke up about improper practices at your organization.  Contact Obagi Law Group, P.C. in Los Angeles, California to discuss your situation or call 424-284-2401.

By Obagi Law Group, P.C. | Posted on December 9, 2022
« House Of Representatives Passes Bill To Increase Whistleblower Protections For Federal Employees
Is Remote Work A Reasonable Accommodation For Employees With Disabilities? »