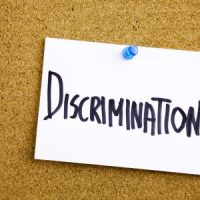 Even if it is in your nature to give other people the benefit of the doubt and to bear slights patiently until the situation becomes unbearable, it is important to act quickly when you experience discrimination or employer retaliation at work.  If you are the target of an adverse action or hostile behavior related to a protected characteristic of yours (such as race, gender, age, religion, or disability) or a protected activity (such as reporting a workplace safety violation, filing a discrimination complaint, or exercising family leave), time is of the essence.   Federal employees must contact an Equal Employment Opportunity (EEO) counselor and report the discriminatory or retaliatory incident within 45 days of its occurrence, or else you will lose the right to file an employment discrimination lawsuit related to the incident.  Of course, contacting an EEO counselor in a timely fashion is not enough to guarantee that everything will go smoothly in the ensuing investigation and in any lawsuits that might arise from it.  You should also contact a Los Angeles discrimination and harassment lawyer as soon as possible.

Employer Allegedly Retaliated Against Black Employee Who Reported a Crime

In  a case filed in Riverside Court, a plaintiff, a Black man, worked as a correctional officer at a prison in California beginning in 2015.  He received one promotion to the role of Senior Correctional Officer, and in this capacity, his job description included hiring inmates for certain duties, ordering and distributing materials, and transporting inmates within the prison complex.  His employer issued him a firearm and a stab resistant vest.  He experienced a pattern of discriminatory behavior throughout his employment; he received only one promotion, despite applying for every promotion for which he was eligible, while numerous White coworkers whose qualifications did not exceed the plaintiff’s received multiple promotions.  Several White coworkers harassed him by making offensive comments about him and other Black people and by tampering with paperwork of his and thus causing inmates to become angry with him.  In July 2020, his supervisors issued him a stab-resistant vest which was past its expiration date and refused to replace it when he complained.

The biggest problems began in August 2020, when an unidentified person fired gunshots toward the plaintiff’s vehicle when he was off duty.  He reported the incident to the police, and his work supervisors began to treat him like he was a suspect.  They removed him to a different work location, humiliating him by escorting him from the prison in front of inmates, and they refused to allow him to participate in the annual firearms training.  He notified an EEO counselor and explained that non-Black employees of the prison had not received such retaliation when they reported crimes; several prison employees had been allowed to continue working as normal even when they were being investigated for weapons charges or sexual assault, and some of these employees kept their jobs even after being formally charged.  Another complicating factor in this case is that the plaintiff’s EEO counselor died unexpectedly, so the case encountered delays while the plaintiff was waiting for the EEOC to assign him a new counselor.

The case highlights that it is imperative for federal employees to not just contact, but document their efforts to reach out to their EEO counselors when they seek counseling or file a complaint.

A Los Angeles employment discrimination lawyer can help you if you have done everything right, but your discrimination complaint seems to be going nowhere.  Contact Obagi Law Group, P.C. in Los Angeles, California to discuss your situation or call 424-284-2401.