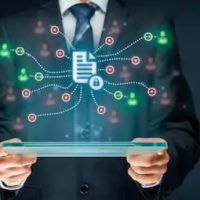 Long before the pandemic, the universal attitude toward work could be summed up in two words: it stinks. But in the long months of furloughs and work-from-home drudgery, in the silence of muted conference calls, that most of us were finally able to admit it.

Call it The Great Resignation, but increasing numbers of workers are quitting their jobs (and that’s in addition to those who were laid off during the pandemic and have yet to return to work). Thanks to the rise of the gig economy and workers getting burned out at salaried jobs where employers expect you to be at their beck and call around the clock — and usually for far too little in pay, job security and benefits.

Employment lawyers fully support workers standing up for their rights and defending themselves against exploitation and unfair treatment by employers. You may be in the process of deciding when to quit your job rather than whether to quit. If that is the case, here are some points of employment law that Los Angeles employment lawyers would advise you to consider before you make an Instagrammably dramatic exit.

If you Google “The Great Resignation,” you’ll find essays and videos by people who rage quit their jobs without a backup plan and are now basking in the exhilaration of freedom. One must wonder, though, how long the exhilaration lasted after these rage quitters clicked “post.” It also stands to reason that exhilaration was not what Mr. or Mrs. Rage Quit’s mom, a Gen-Xer with an unglamorous-but-stable job, felt when she saw the video.

One drawback of taking such a dramatic step: If you quit your job, you cannot apply for unemployment insurance. This benefit is only available to people whose loss of employment is beyond their control — such as laid off because of budget cuts or wrongfully terminated. Employment lawyers also remind you that, once you are without an income, your family and friends have no legal obligation to let you move in with them.

Two Weeks’ Notice Is Not a Requirement

From a legal standpoint, there is no reason to give your employer two weeks’ notice before you quit. At-will employment — the kind that most workers have — means that one can quit at any time, and the employer can’t stop them. You can simply say, “I quit” and walk out the door, snapping a selfie as the California sunshine hits your blissfully unemployed face. Giving two weeks’ notice is purely a matter of politeness. Do be mindful that if you have an employment contract, you may receive a financial penalty for terminating the contract before it expires.

Before you join The Great Resignation, speak with an employer lawyer. Contact Obagi Law Group, P.C. at call 424-284-2401 for a consultation.

By Obagi Law Group, P.C. | Posted on January 28, 2022
« CA Jury Awards Passenger $7.2 Million After Delta Sold Him 4 Bottles Of Wine & Flagged Him For Frequent Use Of Lavatory
How Binding Are Arbitration Agreements In Business Disputes? »