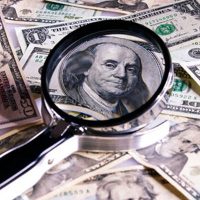 Employees who file discrimination complaints may cite any of a variety of adverse actions that their employers took against them on the basis of a protected characteristic, such as race, sex, religion, country of origin, or age.  One example of an adverse action is denial of promotions and raises.  If you notice a connection between the protected characteristics of employees in your organization and the awarding of promotions, you can cite this in a discrimination complaint.  For example, the California courts are currently hearing a lawsuit by a Black corrections officer who applied for many promotions for which he was eligible but did not receive him, only to see White coworkers with less professional experience than he had get promoted ahead of him.  This month, a group of women who worked for the Drug Enforcement Administration (DEA) in the 90s and originally filed gender discrimination complaints approximately 30 years ago have received a settlement that affords each plaintiff in the class action lawsuit several hundred thousand dollars.  If all the promotions at your workplace seem to go to members of one demographic group, at the expense of others, contact a Los Angeles discrimination and harassment lawyer.

In the 1990s, women who worked as special agents for the Drug Enforcement Administration (DEA) often applied for overseas assignments but rarely received them; these overseas assignments were especially desirable because agents who received them often received additional promotions and higher pay upon their return to the United States.  Supervisors who interviewed the female DEA agents for overseas positions often rejected them with excuses based on gender stereotypes; for example, some agents were told that their husbands might refuse to let them travel overseas, and others were told that colleagues in foreign countries would not take female law enforcement agents seriously, and assigning women to these countries would be bad for the DEA’s reputation.  Women who had children were even less likely to receive promotions than those who did not.

The Equal Employment Opportunity Commission (EEOC) first began receiving complaints in the early 1990s from female DEA agents who were unfairly denied promotions.  Since then, the DEA has changed its policies in awarding promotions and overseas assignments, and today the percentage of female DEA agents posted overseas is proportional to the percentage of women employed at the DEA overall.  The discrimination litigation lasted for decades, however, and this year, the DEA settled a class action lawsuit with 71 women who worked for the DEA in the 1990s.  The DEA will pay $12 million to be distributed among the plaintiffs and to cover attorneys’ fees.

A Los Angeles employer retaliation lawyer can help you if your employer has denied you a promotion for which you were eligible, while awarding promotions to employees of the opposite sex.  Contact Obagi Law Group, P.C. in Los Angeles, California to discuss your situation or call 424-284-2401.

By Obagi Law Group, P.C. | Posted on October 21, 2022
« Why You Should Hire A Lawyer When Dissolving A Business
Temp Workers And Employment Discrimination »