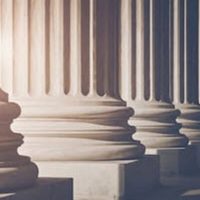 Earlier this month, the U.S. House of Representatives passed a bill that would prevent retaliatory investigations against federal employees who notify their supervisors of wrongdoing at their places of employment and who speak directly to Congress about such wrongdoing.  All Democratic members of the House voted in favor of the bill, as did the Republican Representatives Brian Fitzpatrick of Pennsylvania and Nancy Mace of South Carolina.  The impetus for drafting this legislation was the retaliatory investigation against Army Lt. Colonel Yevgeny Vindman, who, together with his brother Colonel Alexander Vindman, notified authorities in 2019 of statements made by Donald Trump, who was then president, to President Volodymyr Zelensky of Ukraine, indicating that U.S. military aid to Ukraine was contingent on Zelensky helping Trump search for damaging information about Joe Biden, who was then a candidate for the presidency.  Whether or not you are a federal employee, you have the right to report misconduct by your employer, and even though the law protects you from retaliation, your employer might try to retaliate.  The best way to protect yourself during all phases of a whistleblower action is to contact a Los Angeles retaliation lawyer.

The Whistleblower Protection Improvement Act of 2022, which just passed a vote in the House of Representatives, has yet to become law; this can only happen if it receives approval from the Senate and President Biden.  Under current laws, federal employees still enjoy protections for whistleblower actions.  How the proposed legislation differs from current law is that it specifically includes retaliatory investigations as adverse actions that employers cannot take against federal employees who engage in whistleblower actions.  It specifies that these whistleblower actions can involve reports of wrongdoings such as violations of the law, abuse of authority, endangering public health, and mismanagement.

Whistleblower Protections Are for Private Sector Employees, Too

Under federal and state employment laws, whistleblower complaints are protected actions, which means that it is your right to engage in these actions without becoming the target of adverse actions from your employer as a consequence.  If you report fraud, health and safety violations, widespread employment discrimination, or any other kind of misconduct at your workplace, it is normal to fear retaliation, even though your employer is not supposed to retaliate.  Whether you work for a federal agency, a local or state government, or a private sector employer, you can protect consumers and taxpayers from financial losses, and even physical harm, by speaking out against misconduct in your workplace.  By working with a whistleblower actions and employer retaliation lawyer from the beginning, you can ensure that you present a strong case in your whistleblower action and protect yourself from retaliation by your employer.

A Los Angeles whistleblower retaliation lawyer can help you stand up against illegal and unethical activity at your public or private sector workplace.  Contact Obagi Law Group, P.C. in Los Angeles, California to discuss your situation or call 424-284-2401.