How Binding Are Arbitration Agreements In Business Disputes? 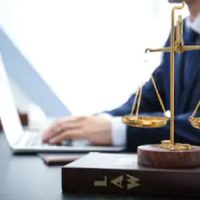 Anyone has the right to bring a lawsuit against someone who, maliciously or through negligence, caused them financial harm. This includes employees whose employers terminated their employment in retaliation after the employee engaged in a protected activity.

Of course, if it were that simple, courtrooms everywhere would be teeming with wronged former employees seeking justice and in turn employment lawyers would be the most sought-after people in the world. Indeed, employers have several ways to attempt to prevent employees from accessing their right to seek justice in court. In some cases, the employer will present the employee with a separation agreement in which the employee, by signing the agreement, waives their right to sue the employer. These agreements often provide severance pay for the employee, but the amount is often less than the employee could get by suing for wrongful termination. Even worse, employers sometimes include arbitration clauses in employment contracts, meaning that the employee must resolve disputes with the employer through arbitration instead of in court. While arbitrators are, in theory, neutral parties, the deck is often stacked against the employee in employment-related arbitration. This often leads to disputes about whether to enforce the arbitration agreement or to allow a lawsuit. If you are trying to resolve a dispute with your former employer through arbitration, you can — and should — hire a Los Angeles wrongful-termination employment lawyer.

With offices in 77 countries, Dentons employs more attorneys than any other firm in the world. The dispute between Dentons and one of its partners, Jinshu John Zhang of Los Angeles, began with accusations between Zhang and Mike McNamara, the CEO of Dentons. In 2020, Zhang earned a $35 million contingency fee for his work with a client, and he asked the client to send part of the fee directly to him. Zhang believed that he was in his rights to request the payment this way, but McNamara accused him of self-dealing.

In early 2021, Zhang wrote a letter to Dentons’ United States board of directors, alleging fraudulent actions by McNamara. In one instance, Zhang alleged that McNamara had forged a letter from a client ordering payment to Dentons. By the end of the summer, both men had been fired from their jobs, Zhang in May and McNamara in October. Zhang sued Dentons for wrongful termination in California; at the same time, the parties entered arbitration in New York, and there was a dispute over which system of dispute resolution should prevail. In August 2021, the California court ruled that the New York arbitration should proceed, forcing Zhang to withdraw his Los Angeles lawsuit.

A Los Angeles wrongful-termination lawyer can help you stand up for your rights even if your employer tries to hide behind arbitration clauses, severance agreements, or other ways of preventing you from resolving your disputes in court. Contact Obagi Law Group, P.C. at 424-284-2401 for a consultation on your case.

By Obagi Law Group, P.C. | Posted on February 11, 2022
« Employment Lawyers Advise Burnt Out Workers To Understand The Law Before You Quit
Judge Dismisses Lawsuit By Sheriff’s Deputy Who Alleges Retaliation For His Whistleblower Activities »