How Long Do You Have To Sue For Sexual Harassment In California? 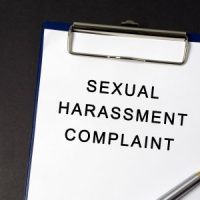 Many victims of sexual harassment do not understand the time limits set forth by California state law when it comes to filing a lawsuit. If you have been harassed in the workplace, you might wonder, “How much time do I have to file a sexual harassment lawsuit?”

The simple answer is three years. More specifically, workers who experience sexual harassment at work have three years from the most recent incident of harassment to first file a complaint under California’s Fair Employment and Housing Act (FEHA). It is worth noting that the statute of limitations in California used to be one year, but passage of Assembly Bill 9 extended that mark to three years beginning Jan. 1, 2020.

From there, the Department of Fair Employment Housing (DFEH) will investigate the claim. The victim must then receive a right-to-sue letter from the DFEH before filing a lawsuit (though a victim can also request an immediate right-to-sue letter).

If you have been sexually harassed in the workplace, consider speaking with an employment lawyer to understand your options. Contact our Los Angeles sexual harassment lawyers to fight back and begin building a legal case immediately.

The Statute of Limitations for Sexual Harassment Claims Under Federal Law

California law actually provides more time than does federal law for victims of sexual harassment to file a lawsuit. If a victim wants to file a claim with the federal Equal Employment Opportunity Commission (EEOC), they will have only six months from the date of the last incident to bring a claim.

What Should You Do to File a Sexual Harassment Lawsuit in California?

If you are dealing with sexual harassment in the workplace, you should not play along or downplay the incident. You do not have to put up with unwelcome sexual advances or other forms of unwanted, harassing behavior at work.

You may have a right to file a sexual harassment lawsuit to sue the perpetrator and recover damages. When filing a lawsuit, it is advisable to take the following steps to strengthen your claim:

The perpetrator may tamper with or destroy evidence of sexual harassment, which is why it is important to start building your legal case as soon as possible.

You have a limited amount of time to bring a sexual harassment claim in California. That is why you may want to consider contacting a knowledgeable attorney to explore your options to make the harasser stop and seek compensation for the emotional distress and other losses caused by harassment.

By Obagi Law Group, P.C. | Posted on November 1, 2021
« How Many Days In A Row Can California Employees Work?
Can You Request A Religious Exemption To Your Employer’s Vaccine Mandate? »