How You Sue a Foreign Country, And Turn Up the Heat

People often ask us how we sue foreign countries. The simple answer is, one brings a suit against a foreign country the same way she would against any other person or entity – by filing a complaint. The important distinction is that in a claim against a foreign state, the complaint must allege a jurisdictional basis for suing the state: a statutory exception to sovereign immunity. In addition, service of process may involve the employment of the U.S. Department of State, or adherence to American treaties controlling service of process with that state.

Federal law lays out the general exceptions to the jurisdictional immunity of a foreign sovereign (a.k.a. a foreign state or country) in the United States. Absent one of these exceptions, a person simply cannot get a state or federal court to hold a foreign state liable for its wrongful or errant conduct.

Read our Newest Blog: What rights does an employee in California have when returning to work after COVID-19?

Turning up the heat. We write to help plaintiffs and law practitioners make an important strategic decision when prosecuting causes of action against foreign countries involving two or more exceptions to sovereign immunity. When a party asserts at least one cause of action where the foreign state concedes (or acknowledges the loss of) its immunity, the party should move to bifurcate trial on the conceded claim if the state moved to dismiss any other causes of action based on its foreign sovereign immunities.

In most cases where a foreign country gets sued in the United States, it contests the state or federal court’s jurisdiction over the controversy. Foreign sovereigns typically move to dismiss complaints, or parts of them, based on the immunity accorded to them by the Foreign Sovereign Immunities Act, 28 U.S.C. §§ 1602-1611 (FSIA). The FSIA codifies generally accepted principals in international law.

Normally, the denial of a defendant’s motion to dismiss would be a pure win for a plaintiff. But, when a trial court denies even a part of a foreign state’s motion to dismiss under the FSIA, the foreign state gets an immediate right to appeal that court order. See e.g. Blue Ridge Investments, L.L.C. v. Republic of Argentina, 735 F.3d 72, 79-80 (2d Cir. 2013) (“a denial of foreign sovereign immunity satisfies the conditions necessary to invoke the collateral order doctrine.”). A mid‑case appeal, also known as an interlocutory appeal, could result in a stay of the entire case under Federal Rule of Appellate Procedure 8, if not adequately preempted in the trial court.

In personal injury cases, the delay caused by appeals to the circuit courts and even the U.S. Supreme Court could leave a catastrophically injured plaintiff without trial for far too long. During the delay, an inadequately resourced plaintiff could see her physical and mental condition deteriorate or remain the same. Misguided defense counsel could try to characterize the worsened or unimproved condition as the plaintiff’s own negligence, or lack of care. The most advanced medical treatments might not be an option.

Accordingly, some plaintiffs should seek bifurcation of their trial if separate trials would not waste resources, bring about an expedient resolution of a part of the case, especially where determining liability on some claims would close the economic gap between the parties and might increase the chance of settlement of the remaining claims. 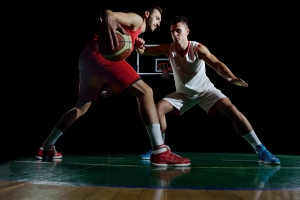 Our Full Court Press. In a case we litigated against the Swedish Mission to the United Nations, we realized a strategy Sweden might employ to delay trial on our client’s negligence cause of action. It could contest our client’s cause of action arising from a commercially excepted activity, like breach of contract, and draw the district court’s denial of its motion.

Our plaintiff had sued the Swedish Mission for (1) its negligence in causing him to sustain catastrophic, debilitating spinal injury, sunk him in depression from his inability to financially support his family, and left him in continuing chronic pain; (2) unlawful employment racial and national origin discrimination and retaliation under the New York City Human Rights Law; and (3) breach of contract.

Sweden filed a motion to dismiss the employment and contract causes of action based on its purported sovereign immunity. It did not move to dismiss plaintiff’s personal injury cause of action. The Mission conceded that it was subject to suit for negligence and personal injury. It contested that it could be held liable in the U.S. for unlawful discrimination based on race and nationality, and for breach of contract.

Sweden contended that employing a chauffer and office clerk and entering into a contract did not constitute commercial activity excepted from sovereign immunity under 28 U.S.C. § 1605(a)(2). The issue made for an appeal worthy of circuit and even potential SCOTUS review. These appeals potentially threatened to delay trial on our client’s personal injury cause of action.

We anticipated that, in the case of a denial of its motion to dismiss in any part, Sweden would likely invoke its right to appeal. If it did so, it would also likely seek a stay of the case in the trial court to avoid simultaneously appealing a court order and defending our action. If the court granted a stay, our client would have been prevented from prosecuting his personal injury action until appeals had concluded.

A stay of this entire case while only a part of it is appealed would have unfairly prejudiced him. We wrote to the court:

As a result of Defendant’s negligence, [plaintiff] can no longer work, is in chronic pain, lacks health insurance and yet requires frequent medical attention and pain management, which he cannot afford to receive. We thus write to bring this foreseeable issue to the Court’s attention at the earliest opportunity, and request that the Court set a speedy path to trial on [plaintiff’s] personal injury claim by bifurcating negligence from the rest of this case.

Appeals to the Second Circuit and perhaps even the U.S. Supreme Court could take the greater part of a decade to resolve. [Plaintiff] cannot be left to languish without his day in court for a disability that causes him chronic pain that ranges up to a 10 at times (on a 1 to 10 pain scale), even when medicated. Any trial that could result from appeal would give Defendants an unfair advantage by making [Plaintiff] suffer for a longer period of time with no end in sight.

We also argued that this unfair prejudice sourced of delay could be Sweden’s motive for moving to dismiss as clear of commercial activity as breach of contract.

In conclusion, when a plaintiff makes a prompt, reasonable and well-supported motion to bifurcate, the plaintiff maximizes protection of his or her right to a speedy trial and expeditiously holding the foreign state liable for damages it caused. Thinking two steps ahead permits a plaintiff to keep the heat on a foreign country, which is key to prevailing against a defendant which almost uniformly has far more resources than most other parties.

By Obagi Law Group, P.C. | Posted on July 22, 2016
« American Company Subjected To Cyber-Security Attacks After It Appealed A Court Ruling Dismissing Republic Of Mozambique To Ninth Circuit Court Of Appeals Of Mozambique
Interview with Zohreen Adamjee »