Is Remote Work A Reasonable Accommodation For Employees With Disabilities? 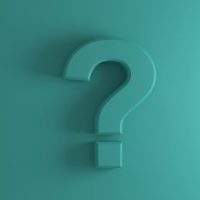 Federal and state employment laws, including the employment-related provisions of the Americans With Disabilities Act of 1990 (ADA), prohibit discrimination on the basis of disability, among other protected characteristics.  The law requires employers to make reasonable accommodations for employees with disabilities when the employee requests such accommodations.  It is up to the employer and the employee to agree among themselves what constitutes a reasonable accommodation.  These accommodations can include modifications to the workspace (such as working in a private office instead of a shared office or sitting at the cash register instead of standing), special equipment (such as a wheelchair-accessible desk or text-to-speech software on a computer), or a modified work schedule (such as shorter shifts or more frequent breaks).  The accommodation is considered reasonable if it does not fundamentally alter the employee’s work responsibilities and if it does not impose an undue financial burden on the employer.  If your employer retaliated against you after you requested accommodations for a disability, contact a Los Angeles discrimination and harassment lawyer.

Dmitry Borodaenko had been working at Twitter as an engineering manager in the San Francisco area since before the COVID-19 pandemic.  He was among many employees, at Twitter as well as at other workplaces, who feared going back to the office once employers started requiring employees to work in-person.  Medically vulnerable people and those who lived with medically vulnerable family members, including elderly parents or children too young to be vaccinated, shared this hesitancy.  In Borodaenko’s case it is because, as a cancer survivor who has undergone chemotherapy, he has an increased risk of severe illness if exposed to COVID-19.

Before Elon Musk took control of Twitter, Boroadaenko’s supervisors had granted his request for an accommodation that would enable him to continue working remotely on most days, even though most coworkers in a similar role had returned to the office; Twitter considered this a reasonable accommodation for a documented disability.  One of the first policies Musk implemented after assuming leadership at Twitter was to impose stricter rules about in-person work; Twitter threatened employees who refused to return to the office with termination of employment.  Borodaenko argued that his request to continue working remotely was for medical reasons, but Twitter eventually forced him to resign.  Boroadaenko’s employment contract entitles him to a severance package, but Twitter may claim that he has forfeited it; a similar situation happened to employees of Tesla, another Musk-controlled company.  Borodaenko has filed a lawsuit against Twitter, alleging disability discrimination and wrongful termination of employment.  He is one of many employees who have complained of discriminatory practices by Twitter in the Musk era.

A Los Angeles employment discrimination lawyer can help you if your employer fired you or pressured you to resign after you requested reasonable accommodations for a disability.  Contact Obagi Law Group, P.C. in Los Angeles, California to discuss your situation or call 424-284-2401.