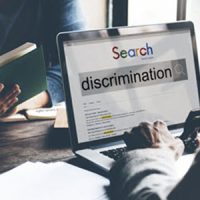 The saying goes that diamonds are a girl’s best friend, but for many women who worked at Kay Jewelers or Jared, the work environment in which they sold diamonds was anything but friendly.  If you have followed the news about employment discrimination lawsuits, you can tell that many industries that have a reputation for being glamorous and fun, whether it is show business, the video game industry, or even legal cannabis, discrimination runs rampant in companies that sell the products connected to consumers’ visions of happiness.  One can hope that the diamonds sold at Kay and Jared were part of the proposals and weddings that began long and happy marriages and commemorated the anniversaries thereof, but the sales representatives who sold the diamonds did not get their fair share of appreciation and respect at work.  If you have faced gender discrimination at work, contact a Los Angeles discrimination and harassment lawyer.

Sterling Jewelers owns the fine jewelry retail chains Jared and Kay Jewelers.  Sterling overhauled its payment and promotion policies several years ago, but until the changes went into effect, it was difficult for women employed as sales representatives at the jewelry stores to receive promotions, and they routinely received lower pay than men employed in similar positions.  In June 2022, Sterling settled a class action lawsuit with women who received unfair treatment while employed by Sterling between 2004 and 2018.  The class includes approximately 68,000 plaintiffs, and Sterling has agreed to pay them a total of $125 million.

The plaintiffs alleged that, in violation of federal employment laws, the company paid female employees less than male employees and made it difficult for women to apply for and receive promotions and raises.  The company’s policies, which have since been amended, enabled these kinds of discrimination.

The Settlement Does Not Address All of the Plaintiffs’ Grievances

The class action settlement only addresses the allegations of gender discrimination with regard to pay and promotions, but in addition to the allegations contained in the lawsuit, many women who worked for Sterling Jewelers stores in the period covered by the lawsuit have also complained about another form of discrimination at their workplaces, namely quid pro quo sexual harassment.  Women who worked at Kay or Jared have filed many complaints about instances where, unless they dated their work supervisors or otherwise accepted their supervisors’ sexual advances, they would be denied promotions or would be transferred to other stores where their commute between work and home would be more difficult.