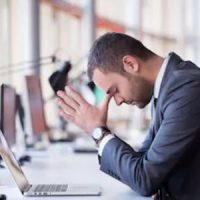 Employment discrimination law forbids employers to take adverse actions against an employee in retaliation for that employee engaging in a protected activity. Adverse actions include termination of employment, demotion or reassignment to undesirable tasks, denial of a promotion or pay raise, and creating a hostile work environment characterized by bullying and harassment. Protected actions include filing discrimination complaints, requesting reasonable accommodations for a disability, requesting family or medical leave pursuant to the federal Family and Medical Leave Act (FMLA), and reporting misconduct and ethical violations by one’s colleagues or supervisors. That last one is also known as acting as a whistleblower.

A Los Angeles County Sheriff’s deputy who allegedly experienced retaliation after reporting an assault by one fellow deputy on another filed an employment discrimination lawsuit last year, and earlier this year the court dismissed his lawsuit. The former deputy has said he plans to file an appeal.

If your employer retaliated against you for reporting misconduct or engaging in another protected action, contact the Los Angeles employment discrimination and harassment lawyers at Obagi Law Group, P.C.

Deputy Repeatedly Spoke Out About Alleged Misconduct by Colleagues

Austreberto Gonzalez served in the United States Marine Corps before joining the Los Angeles County Sheriff’s Office. News sources do not indicate when he began his career as a sheriff’s deputy, but he would claim that for several years he was troubled by the behavior of some of his colleagues. He alleged that at least 15 deputies identify themselves as the Executioners and have matching skull tattoos; they allegedly celebrate every time the Sheriff’s Office sends deputies to respond to a shooting in Los Angeles County. According to Gonzalez, they seek out opportunities to use their batons and guns. In other words, they promote violence instead of trying to prevent it, and they rarely receive disciplinary action for their misconduct, according to Gonzalez’s claims.

In 2020, Gonzalez testified to the existence of the Executioners in his capacity as a witness in a civil rights lawsuit. He claimed that he also, in an unrelated incident, witnessed a physical altercation between two deputies — one member of the Executioners and one non-member, in which the member was the aggressor. Gonzalez reported the incident to his supervisors who in turn, his suit claimed, took multiple adverse actions against him. He was removed from his assignment as a trainer of other deputies and passed over in favor of a member of the Executioners when he applied for a position of watch deputy.

In November 2021, a judge in Los Angeles County dismissed Gonzalez’s employment discrimination lawsuit. Gonzalez plans to appeal the decision and to continue his whistleblower actions.

When you speak out against injustices, you can expect a lot of pushback and many legal and financial obstacles. A Los Angeles discrimination & harassment lawyer can help you stand up for your rights if your employer retaliated against you after you reported misconduct or illegal or unethical behavior. Contact Obagi Law Group, P.C. 424-284-2401 for a consultation today.

By Obagi Law Group, P.C. | Posted on February 15, 2022
« How Binding Are Arbitration Agreements In Business Disputes?
Cybersecurity Can Make Or Break Your Company’s Reputation And Bottom Line »