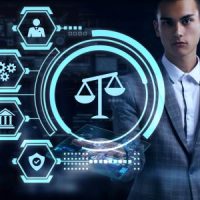 Say what you will about professional athletes making ill-advised business decisions after their playing careers have ended. If you want to wallow in Schadenfreude about athletes who are as broke after their sports careers as they were before because they invested in the wrong businesses while your boring job provides you a stable income, a series of ESPN documentaries is happy to oblige. You will not, however, find anyone criticizing Julio Jones and Roddy White, NFL players who were teammates playing for the Atlanta Falcons, for their decision to invest in California’s legal cannabis industry.

Say what you will about the wildfires and the notoriously superficial denizens of Tinseltown, but California has its act together when it comes to cannabis laws. It was one of the first states to enact laws that acknowledge the reality that, like alcohol, cannabis is a recreational substance that adults can and do use responsibly while being aware of any health risks associated with it. White, who retired from the NFL in 2017 as an Atlanta Falcon, and Jones, a free agent who last season played for the Tennessee Titans, knew this. They invested in a California cannabis company called Genetixs and became partners in the company.

The trouble began when Jones and White allegedly conspired with John Van Beek, an on-site manager hired by Genetixs in 2020, to steal cannabis from a Genetixs facility and sell it on the black market. Van Beek, with the help of his son Shaun, allegedly disabled the security cameras at the Genetixs facility in Desert Hot Springs, enabling them to steal product from the facility. By March 2021, Jones and White had stopped reporting sales, and the other Genetixs partners conducted an investigation which yielded numerous irregularities at the Desert Hot Springs facility. They fired John Van Beek on the spot. In July 2021, Genetixs filed a lawsuit alleging fraud and embezzlement. The defendants named in the lawsuit are Jones, White, John Van Beek, and Shaun Van Beek. Since the news story broke this past summer, no new information has been published about the Genetixs legal dispute. Most lawsuits among business partners reach a settlement without going to trial.

A cannabis litigation lawyer can help you if you operate a legal cannabis business and are involved in a legal dispute with a former business partner whose business dealings are not so law-abiding. Contact Obagi Law Group, P.C. in Los Angeles, California to discuss your situation or call 424-284-2401.

By Obagi Law Group, P.C. | Posted on June 3, 2022
« When Business Deals Fall Apart Because Of Fraud
Arbitration Is For Business Heavyweights, Too »