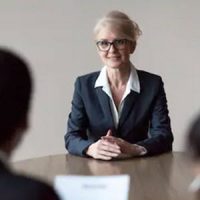 Nowadays, and in certain professions, it is common to find people in their 70s, and even older, with no plans to retire.  These tend to be the kinds of jobs that people pursue for reasons other than money, the professions that people pursue because they love helping others or because the job gives them a creative outlet or an exciting intellectual challenge.  The stereotype is that musicians, economists, and academics never retire.  Your 79-year-old econ professor may not be able to shake his hips as vigorously as his peer Mick Jagger, but he is just as determined to keep on practicing the profession that gives him his identity.  Federal and state law prohibits age discrimination, and employers usually cannot force an employee to retire simply because the employee has reached a certain age.  If your employer has tried to force you out of your job to make room for the younger generation, contact a Los Angeles age discrimination lawyer.

James Wolken began working at the California Institute for the Arts (CalArts) in the 1990s, and by the 2010s, he was its marketing director.  In 2017, Ravi Rajan was hired as president of CalArts, and according to Wolken and other employees, Rajan immediately got to work trying to rid CalArts of administrators who had worked there for decades, presumably in order to make room for younger employees.  Rajan allegedly pressured Wolken to work to remove other longtime CalArts employees.  CalArts employees used to say that the key to earning Rajan’s favor was to be young and good looking.

Court documents related to the case do not specify Wolken’s age, but Rajan allegedly referred to him as “grandpa,” “dinosaur,” “old school,” and “behind the times.”  The first annual performance review that Wolken received during the first year of Rajan’s tenure was the worst one he had received during the entire 20 years he had been working there.  In 2019, Wolken was fired from his position at CalArts.  He and his colleagues had been scheduled to evaluate Rajan’s performance several weeks later, and Wolken alleges that Rajan chose to fire him because he did not want Wolken to participate in the evaluation.

Wolken sued CalArts, alleging age discrimination and wrongful termination of employment.  In October 2022, Wolken withdrew his lawsuit, asking the court to dismiss the case with prejudice, meaning without the possibility of reopening it.  Plaintiffs sometimes withdraw their cases in this manner when they have agreed upon a settlement with the defendant outside of court and the defendant has paid the settlement money, but it is not clear whether this is what happened in the case of the dispute between Wolken and CalArts.

A Los Angeles age discrimination lawyer can help you if your employer wrongfully fired you or otherwise treated you unfairly because of your age.  Contact Obagi Law Group, P.C. in Los Angeles, California to discuss your situation or call 424-284-2401.