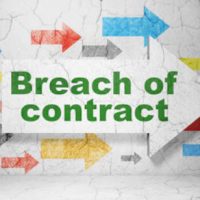 Every time you go to the supermarket, you hear pop songs on the radio that topped the charts years ago.  You probably know all the words to some of them, despite not especially being a fan of the artists and having never owned a record, cassette tape, or CD of the songs, depending on your age or when the songs were released.  This is only because, over the years, these songs have played on the radio countless times.  The song “Wrapped Around Your Finger” by the Police, for example, has played on the radio so many times that if you say “Mephistopheles” to anyone above the age of 25, they will automatically complete the lyric by saying “is not your name.”  Now imagine that, every time that song has played on the radio anywhere in the world in the past 39 years, Sting has earned approximately a penny in royalties, and you will understand why pop stars are so rich.  Therefore, a lot of money is currently at stake in a dispute over music royalties, although the exact amount requested has not become public.  If you are involved in a business dispute in the entertainment industry, contact a Los Angeles business litigation lawyer.

Of all the musical acts with which music industry executive Scooter Braun has been involved, Justin Bieber is one of the biggest success stories.  Of course, part of the reason that Bieber’s songs have filled dancefloors and melted the hearts of teens for so long is the vocal production effects added by sound engineer Chris O’Ryan, who is also known by his stage name Tek.  Tek has been contributing his production efforts to Bieber’s recordings for a long time, but before 2018, he used to receive $1,500 or less per track.  After the enormous success of Bieber’s collaboration with Luis Fonsi and Daddy Yankee on a remix of “Despacito” in 2017, O’Ryan decided to ask for a new contract.

In 2018, the parties signed a new contract that would grant O’Ryan a flat fee, plus a small percentage of the royalties earned on any of the tracks to which he contributed his engineering or vocal production work.  This year, O’Ryan filed a lawsuit against Braun in Los Angeles County court, alleging breach of contract.  He claims that Braun failed to pay him the percentage he had agreed to pay and accuses Braun of intentionally withholding funds.  The parties also seem to disagree as to which are the songs for which they agreed that O’Ryan would get a share of the royalties.

A Los Angeles business litigation lawyer can help you if a business with which you have entered into an agreement has stopped fulfilling the obligations it promised to fulfill in the contract.  Contact Obagi Law Group, P.C. in Los Angeles, California to discuss your situation or call 424-284-2401.

By Obagi Law Group, P.C. | Posted on July 29, 2022
« A Decision By The California Supreme Court Just Made It Easier For Employees To Win Whistleblower Lawsuits
San Diego Nurse Sues Former Employer Over Sexual Harassment And Retaliation »