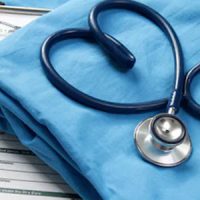 Working as a nurse is stressful enough under the best circumstances.  The patients would not have gone to your workplace if they did not have a complaint that caused them to worry or to suffer physical discomfort.  There is rarely a moment of downtime during your shift; you must keep track of all your communications with doctors, patients, pharmacists and other nurses while maintaining infection control procedures and other safety protocols.  It was a challenge before the COVID-19 pandemic, and it is even more challenging now.  Nurses are usually the first people to notice unsafe conditions, such as faulty equipment or shortages of supplies.  If administrators do not promptly address concerns about these safety violations when nurses and other employees report them, the results can be disastrous for patients and even post safety risks to our healthcare heroes.  Not only is it against the law for employers not to remedy unsafe conditions in a healthcare facility or other work environment, but it is also illegal for them to retaliate against employees who report them.  A Los Angeles discrimination and harassment lawyer can help you if your employer acted like you were to blame when you reported safety violations at your workplace.

The California courts are currently hearing a lawsuit by a nurse who alleges that she suffered quid pro quo sexual harassment at work and that her employer terminated her employment when she complained about workplace safety violations.  The plaintiff has been part of the nursing profession since 2013, and in 2018, she began working for a kidney dialysis practice that treats patients at various hospitals in the San Diego area.  From the beginning, she was troubled by the behavior of the CEO of the company, a married physician ten years older than the plaintiff.  It started with flirtatious conversation and text messages, and the CEO would try to put the plaintiff in situations where the two were alone together.  The behavior escalated to several occasions where he forcibly kissed her and touched her, including one incident where he asked her to enter a supply closet, under false pretenses, while she had been in the middle of attending to a patient.

The plaintiff also reported safety hazards to various supervisory employees at her workplace, but none of them took steps to remedy the unsafe conditions.  When she notified a manager at one of the hospitals where the employer saw patients of the safety violations, her employer fired her.  The CEO told her that she had betrayed him by reporting the safety violations to the hospital manager, but he offered to reinstate her job if she would have a romantic relationship with him.

The plaintiff found another job several months later, but it required her to relocate temporarily to Los Angeles, where she lived alone and worked night shifts.  She is including the financial and emotional stress associated with the move in the damages she is requesting.

A Los Angeles employer retaliation lawyer can help you if your employer terminated your employment after you reported safety violations in the workplace.  Contact Obagi Law Group, P.C. in Los Angeles, California to discuss your situation or call 424-284-2401.