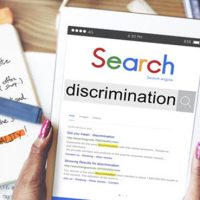 It is hard to find good news about the United States Supreme Court these days. No matter what your worst fear is about laws and freedoms in the United States, current news reports and news commentary can easily leave you with the impression that it is only one Supreme Court decision away from coming true.  Meanwhile, California statutes and case law offer workers much more robust protections than those enjoyed by workers in many other states.  Therefore, a SCOTUS decision is a surprising place for California workers to find hope when it comes to employment disputes.  The new decision will make it more difficult for employers to enforce mandatory arbitration clauses in employment contracts.  If your employer is using the threat of arbitration to scare you out of complaining about unfair treatment at work, contact a Los Angeles discrimination and harassment lawyer.

Last month, the United States Supreme Court handed down a unanimous decision in the Morgan v. Sundance case.  The plaintiff, Robyn Morgan, was a Taco Bell employee who complained that her employer intentionally recorded her hours incorrectly in order to avoid paying her overtime pay.  When she expressed intention to take her employer to court, her employer pointed to a mandatory arbitration clause in her employment contract.  She challenged the mandatory arbitration all the way to the Supreme Court.  In a rare move in these polarized times, all nine justices agreed that the 1925 Federal Arbitration Act should not be interpreted to give corporations the right to deny employees their day in court, although lower courts have increasingly interpreted it that way.

Why Is Mandatory Arbitration So Bad?

Suing your employer for harassment or discrimination is not for the faint of heart.  It is better than letting your employer decide the outcome of your dispute, though, even if you have a lawyer representing you.  Therefore, before you sign an employment contract, you should review it with a lawyer, and if the contract stipulates mandatory arbitration, you should ask your employer to amend it so that you have the right to litigate.  Likewise, if you are currently working under an employment contract that includes a mandatory arbitration clause, your lawyer can help you determine whether it is enforceable.

By Obagi Law Group, P.C. | Posted on June 17, 2022
« Arbitration Is For Business Heavyweights, Too
3 Personal Reasons For Business Partnership Disputes »