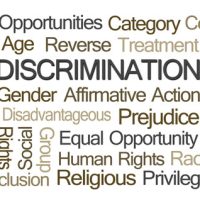 Working for a temporary staffing agency is certainly better than being out of a job, but it is not a cushy job by any stretch of the imagination.  Going all the way through the application and interview process only yields you a few paychecks before the temporary assignment ends, and then you are back to square one.  Even worse, the temp agency keeps a portion of your pay.  The good news is that the IRS treats you as an employee of the temp agency rather than an independent contractor, so you pay fewer taxes.  The best-case scenario is that, when a temp agency connects you to a company for a temporary assignment, the company hires you as a permanent employee.  The worst-case scenario is that you face discrimination and harassment at your temp job, but you hesitate to complain, because your employment situation is already precarious.  If you have experienced racial discrimination while working at a job where a temporary staffing agency placed you, contact a Los Angeles discrimination and harassment lawyer.

A recent article in the Los Angeles Times tells of lawsuits that the Equal Employment Opportunity Commission (EEOC) recently settled with several companies where Black warehouse workers had faced racial discrimination.  The defendants included the medical supplier Cardinal Health, the trucking company Ryder, and several staffing agencies that provided temporary workers for these companies.  The employees who complained to the EEOC claimed that, while working for the defendants, they endured a hostile work environment in which coworkers would call them insulting names in English and Spanish and draw racially charged graffiti on the walls of workplace restrooms.  When the plaintiffs complained to their supervisors, the supervisors did nothing, or else responded with additional insults.  The plaintiffs also claimed that they were denied promotions for which they were eligible and received lower pay than non-Black coworkers who performed similar work tasks.  In some cases, the employers fired the workers for trivial reasons, and in other cases, the workers quit their jobs when the harassment became unbearable.

The warehouse workers who complained to the EEOC were many, but one thing that all the cases mentioned in the Los Angeles Times article have in common is that the harassment the Black plaintiffs experienced came from Latino coworkers.  Racial harassment at work can happen to people of any race, and it can come from people of any race.  The law protects workers from being mistreated by coworkers and work supervisors because of their race.  If you are experiencing racial harassment at work, whether or not you have already complained to the human resources department or to your direct supervision, it is not too soon to consult an employment discrimination lawyer about what to do next.

A Los Angeles employment discrimination lawyer can help you stand up against racial discrimination at work, even if you are working for a temporary staffing firm.  Contact Obagi Law Group, P.C. in Los Angeles, California to discuss your situation or call 424-284-2401.