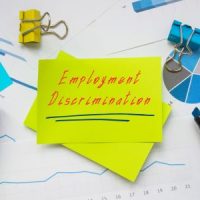 For every complaint about discrimination that an employer receives, there are usually dozens of other current and former employees who have received similar unfair treatment but have never spoken up about it. The reason that so few mistreated workers speak up about discrimination, harassment, and wrongful termination is that employers often do anything they can to intimidate mistreated employees into staying silent about their employers’ illegal and unethical actions. One of the tactics that employers previously used to prevent employers from speaking publicly about discrimination is the non-disclosure agreement (NDA), but a law recently enacted in California has made it more difficult for employers to hide their unsavory behavior behind NDAs. Schedule a case review with the Los Angeles employment discrimination and harassment lawyers at Obagi Law Group, P.C. to find out more about exercising your right to a discrimination-free workplace.

What the Silenced No More Act Means for California Employees

Speak With a Los Angeles Discrimination and Harassment Lawyer

If you were the target of discrimination or harassment at work, you have the right to seek justice, even if your employer required you to sign a non-disclosure agreement. Contact Obagi Law Group, P.C. in Los Angeles to discuss your situation or call 424-284-2401.

By Obagi Law Group, P.C. | Posted on March 18, 2022
« How To Prevent Your Friendly Startup From Disintegrating Into Enmity And Litigation
Video Game Company’s $18 Million Settlement With EEOC Sheds Light On Consequences Of Gender Discrimination In The Workplace »