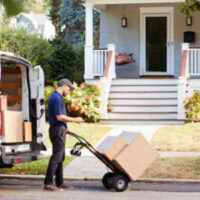 LOS ANGELES (April 7, 2021) — In light of e-commerce giant Amazon apologizing to a U.S. congressman after falsely denying that some of its drivers are forced at times to urinate in plastic bottles, acclaimed litigation attorney Zein E. Obagi, Jr. is making it clear that the practice is not only inhumane, but unacceptable by any company — let alone one the size of Amazon.

“The Ninth Circuit has found it inhumane for municipalities to criminalize natural conduct that our homeless population must undertake, such as urination, defecation and sleeping,” said Obagi, lead counsel at Obagi Law Group, P.C. “These are natural processes that human dignity requires us to permit all people to equally do. That an employer, let alone one of the most wealthy and technologically advanced in the world, has not come up with anything better than a plastic bottle for its drivers to use to urinate demonstrates a real abandonment of occupational safety principles.”

The flap began in late March with a tweet from Mark Pocan, a Democrat representing Wisconsin.

“Paying workers $15/hr doesn’t make you a ‘progressive workplace’ when you union-bust & make workers urinate in water bottles,” Pocan tweeted, in an apparent reference to Amazon’s opposition to efforts to unionize a major facility in Alabama.

Amazon’s official account quickly responded, tweeting in part: “You don’t really believe the peeing in bottles thing, do you? If that were true, nobody would work for us.”

The following week, Amazon issued an apology, which included the following:

“This was an own-goal, we’re unhappy about it, and we owe an apology to Representative Pocan.

First, the tweet was incorrect. It did not contemplate our large driver population and instead wrongly focused only on our fulfillment centers. … If any employee in a fulfillment center has a different experience, we encourage them to speak to their manager and we’ll work to fix it. …

“We know that drivers can and do have trouble finding restrooms because of traffic or sometimes rural routes, and this has been especially the case during COVID when many public restrooms have been closed. This is a long-standing, industry-wide issue and is not specific to Amazon. Regardless of the fact that this is industry-wide, we would like to solve it. We don’t yet know how, but will look for solutions. …

“We apologize to Representative Pocan.”

For Obagi, he wants every employee in California to know if they are subjected to these or similar conditions, they should speak out.

“I can only imagine the lack of hygiene afforded to a driver that needs to move her bowels, or change a feminine product,” he said. “Employees in California should know their complaints about unhealthy or unsafe practices at work by Cal. Lab. Code § 6310. As always, these complaints should be made in writing to a superior so the employer cannot deny that they were made.”

Based in Los Angeles and founded by Lead Counsel Zein E. Obagi, Jr. in 2012, Obagi Law Group, P.C. carries a reputation as a game-changing, fierce advocate for employees who have fallen victim to hostile employers, individuals who have lost assets to dishonest business partners, and personal-injury victims. OLG comprises a team of diverse, energetic and highly skilled attorneys who treat each client as if they were the firm’s only client, delivering time and again and attaining awards at times in the millions of dollars. At the heart of OLG’s success is its uncompromising core value:

By Obagi Law Group, P.C. | Posted on April 12, 2021
« Can I Sue My Employer for Not Giving Me Meal & Rest Breaks?
What Are California’s Laws on Rounding Work Hours in Employment? »