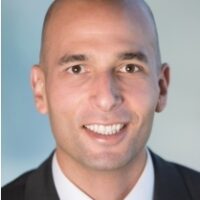 LOS ANGELES (May 14, 2021) — With USC recently agreeing to pay $1.1 billion in settlements to approximately 17,000 former patients of gynecologist George Tyndall, the dynamics of the settlements have made news in and of themselves.

In particular, the payouts for those who joined a federal class-action lawsuit vs. the payouts to those who pursued individual lawsuits differed greatly, causing some defendants to consider pursuing a new legal avenue.

In the wake of the largest sex-abuse settlement in educational history, acclaimed litigation attorney Zein E. Obagi, Jr. explains why the settlement reached such a historic amount.

“USC’s billion-dollar liability for the conduct of a licensed physician who so grossly deviated from the standards to which we hold doctors shows that employers are nearly never in the clear of liability, and ignorance provides no excuse in the law to liability,” states Obagi. “We see this often in other contexts, where employers turn a blind eye, for example, to the repeatedly sexually harassing conduct of an individual.”

Obagi continues, “When an employer empowers an employee to use the tools and empowerment afforded by his employment to abuse, harass and sexually assault, this settlement sends a resounding message that the employer can expect to pay big sums for having empowered the abuser.”

Former patients have reached a global settlement, so USC’s legal cases are coming to an end. USC has instituted numerous reforms, including more women on the health staff of the campus health center; an independent women’s health advocate; and more sexual violence prevention programs and trainings. And Tyndall still faces criminal charges filed by Los Angeles County prosecutors; he has pleaded not guilty, and a trial is expected by next year.

“A reasonable jury in this day and age expects employers to investigate complaints and take action to ensure that the conduct that is the subject of the complaint does not occur again. When an employer repeatedly ignores complaints, or shoves them under the rug, you can expect a jury to punish the employer. And here, USC’s settlement demonstrates an appreciation for that fact,” concludes Obagi.

Based in Los Angeles and founded by Lead Counsel Zein E. Obagi, Jr. in 2012, Obagi Law Group, P.C. carries a reputation as a game-changing, fierce advocate for employees who have fallen victim to hostile employers, individuals who have lost assets to dishonest business partners, and personal-injury victims. OLG comprises a team of diverse, energetic and highly skilled attorneys who treat each client as if they were the firm’s only client, delivering time and again and attaining awards at times in the millions of dollars. At the heart of Obagi Law Group’s success is its uncompromising core value: